Wireless charger has now become a common device in our life. Many office workers usually put their mobile phones on the wireless charger. Although it's a little slower, there are enough eight hours to fill it up.

What is our ideal wireless charging? In your spare time, walk into a coffee shop and your mobile phone can be charged wirelessly. Of course, if we still have a smart watch or Bluetooth headset, they will also be charged. We can play with the mobile phone in various positions and enjoy this rare leisure time.

In the face of the reality of bone feeling, the ideal of fullness can only reluctantly put down its pride, and the world is bound to compromise. Of course, this is our ideal wireless charging, but wireless charging has been used in a small amount on various electronic devices, in addition to mobile phones, electric toothbrushes, electric razors, smart watch bracelets, and electric vehicles under study. This also means that wireless charging will become a very common way of charging in life. The real wireless era is coming, human wisdom is immeasurable, and these will become reality at last.

Let's take a look at the principle behind this amazing wireless charging device.

The most common way is to use Faraday's law of electromagnetic induction. Using this law, we place a coil (closed circuit) at the transmitter and the receiver respectively to power the transmitter and generate a magnetic field through the current. When the coil at the receiving end enters the magnetic field, it can generate current, thus realizing the transfer of electricity from one end to the other without passing through the wire. Of course, electromagnetic induction is not only used, but also resonant circuit and magnetic field coupling. 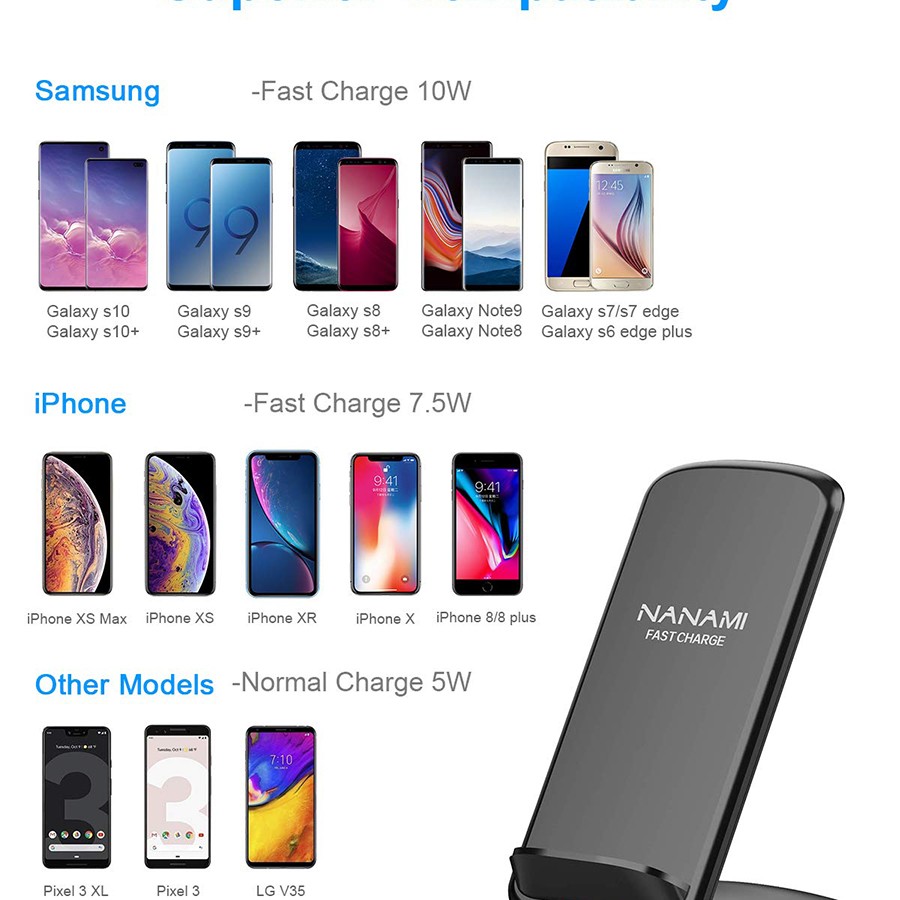 The second is the principle of magnetic resonance. In fact, it is based on electromagnetic induction. Resonance and magnetic coupling are also used. The difference is that the working frequency of transmitter and receiver is at the resonance point, and the signal frequency is the same, so as to achieve resonance. By coupling the magnetic field at the resonance point, the transmission efficiency can be improved and the transmission distance can be greatly increased.

There are so many principles of wireless charging, which may be applied to the future wireless life. However, from the current point of view, Qi charging standard using electromagnetic induction law is still the mainstream standard in the market. Although it has various inconveniences, short transmission distance and low power, its charging power has gradually increased after a period of development, such as Huawei and Huawei. Xiaomi increased the power to 15W and 20W, which also indicates that wireless charging is no longer a very limited function.

Generally speaking, we are still far away from the real dream of wireless charging, but it will come true sooner or later to fully realize wireless charging. We have reason to believe that wireless charging will bring infinite convenience to future life, and it is very worthy of our attention and support.